AirBridgeCargo Airlines (ABC) has seen demand for its abc XL product for oversized and heavy cargoes continue to grow in the first four months of 2019, with volumes up 3% year-on-year to more than 11,000 tonnes. 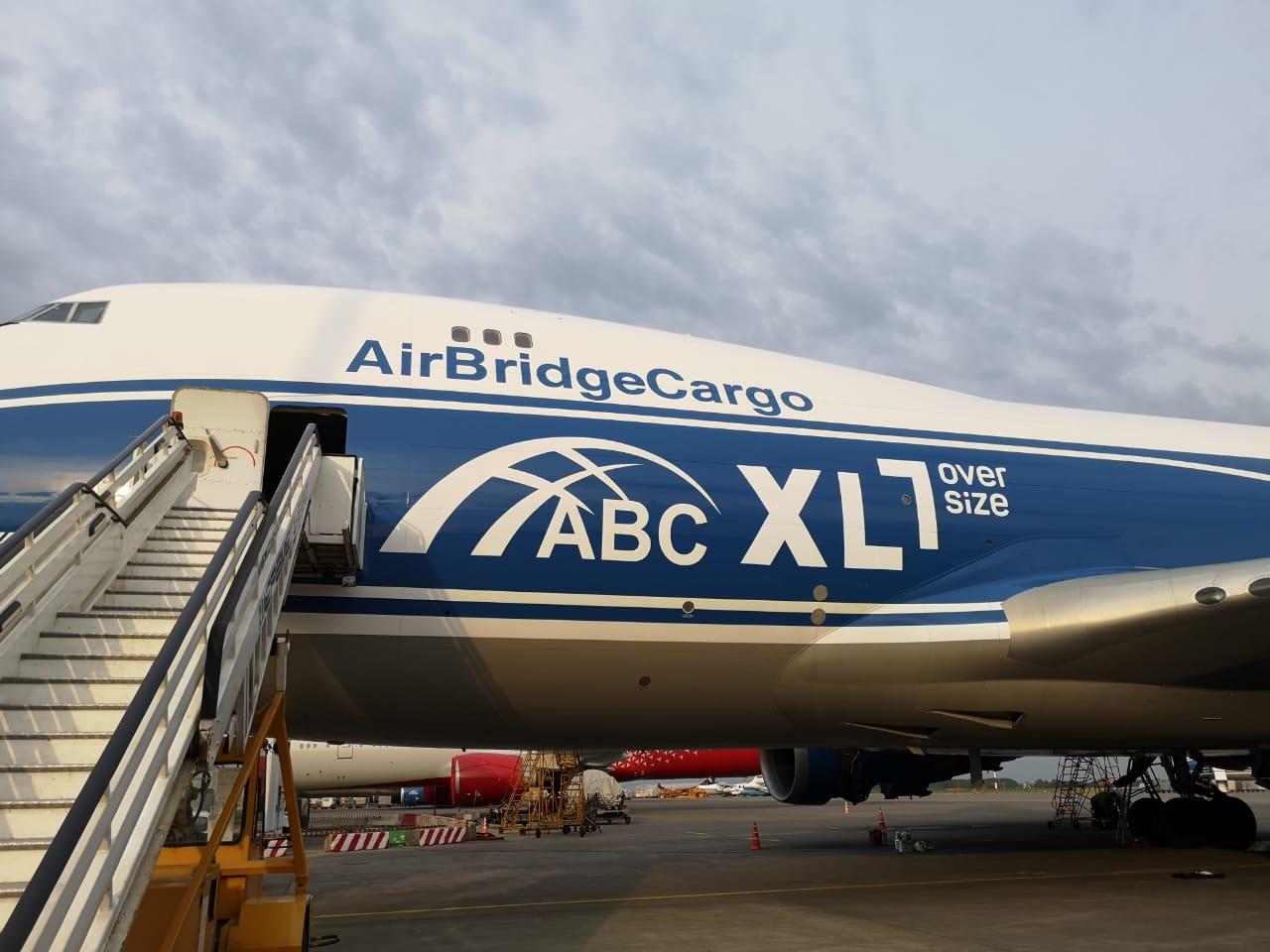 To reflect its growing position in this specialist part of the air cargo market, and to increase brand awareness, AirBridgeCargo has now rolled out its first abc XL aircraft livery on one of its Boeing 747 freighters.

“For the first four months of 2019, the growth in abc XL shipments also included a more than 10% increase in out-of-gauge cargoes being loaded through the swing-up nose cargo door of our 747 fleet, amounting to more than 2,000 tonnes. We are excited to have our first abc XL branded freighter within our modern fleet to support our further growth. The Boeing 747 freighter’s capabilities and efficiency – including its nose cargo door loading feature – significantly ramps up the volume of different oversized and heavy shipments we can transport across our international network,” said Vasiliy Zhukov, global director, heavy and outsized cargo, at AirBridgeCargo Airlines.

The airline registered the highest upsurge of oversize and heavy shipments on trade lanes from Europe to North America and vice versa, with around a two-fold increase ex-Europe and a growth of 45% from North America. Much of this growth is attributed to the reinforcement of the dedicated abc XL product and the proactive approach of its international team, as well as the strengthening of three-party relationships featuring ‘carrier-freight forwarder-OEM’ to guarantee all the requirements and conditions for safe and intact delivery are met.

The abc XL liveried freighter will complement the existing abc pharma-branded freighters within ABC’s fleet and will be another eye-catching plane for spotters across the globe.