New Caledonia’s Aircalin has taken delivery of its first of two Airbus A330-900 at a delivery ceremony in Toulouse, with the second aircraft joining the fleet later in 2019, replacing its existing two A330s. Aircalin is also a customer for the A320neo and will replace its existing two A320s to become an operator of two A330-900s and two A320neos.

The A330neos will boost capacity and non-stop connectivity between the French Pacific Island territory and markets in Japan, Australia and the Pacific Islands nations, cutting fuel burn by 25% per seat (compared with previous generation competitors) and providing passengers with the latest standards in cabin comfort. These routes provide essential links to tourism as well as business traffic which are essential to the New Caledonia economy.

The A330neo is the true new-generation aircraft building on the most popular wide body A330’s features and leveraging on A350 XWB technology. Powered by the latest Rolls-Royce Trent 7000 engines, the A330neo provides an unprecedented level of efficiency – with 25% lower fuel burn per seat than previous generation competitors. 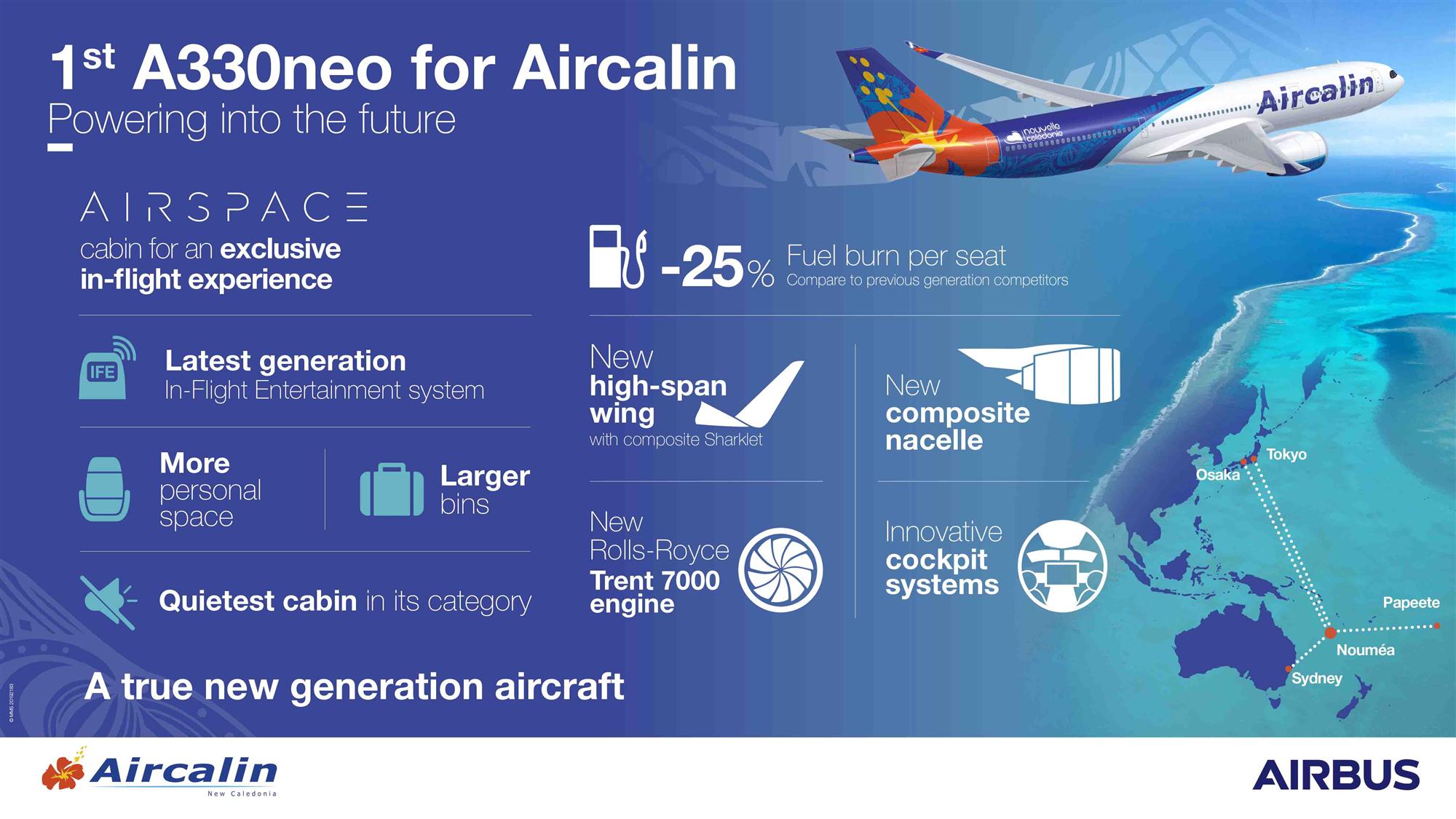