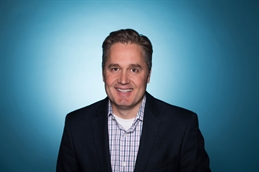 American Airlines announced this week that Rick Elieson, President of Cargo, has been named as President Cargo and Vice President International Operations.

In this expanded role, Elieson will continue to lead the Cargo division and assumes the leadership of American’s international airport operations in 60 countries. He takes over International Operations from Jim Butler, who was recently named as Senior Vice President – Airport Operations and Cargo.

American Airlines said in a statement that all airline operations were reorganized under Butler last fall to enable teams to better deliver on reliability, consistency, and safety across the whole organization.

According to the airline, Elieson is one of eight officers on Butler’s team with a shared goal of building the most reliable operations in the business to consistently deliver best-in-class service for our customers.

“Running a reliable operation is one of the best things we can do to provide value for our customers. With eighty percent of our cargo business in international markets, it is critical that the Cargo and International divisions are closely aligned to ensure world-class service for our customers," said Butler.

“Rick has a track record of building collaborative and empowered teams and I am delighted to have him continue this work leading both divisions as President Cargo and Vice President International Airport Operations," he added, noting that the culture of an organization has a direct impact on the service that it delivers.

American Airlines said the new alignment is already producing results as it reported its best-ever operational metrics for both the 2019 holiday peak period and the entire fourth quarter of 2019, and this momentum has continued into 2020 with record-breaking operational results in January.