The commercial aviation industry’s rebound from COVID-19 is underway, with the number of airline flights starting to gradually increase, but the widespread recovery could take several years, according to the findings of an industry poll conducted by FlightPlan. 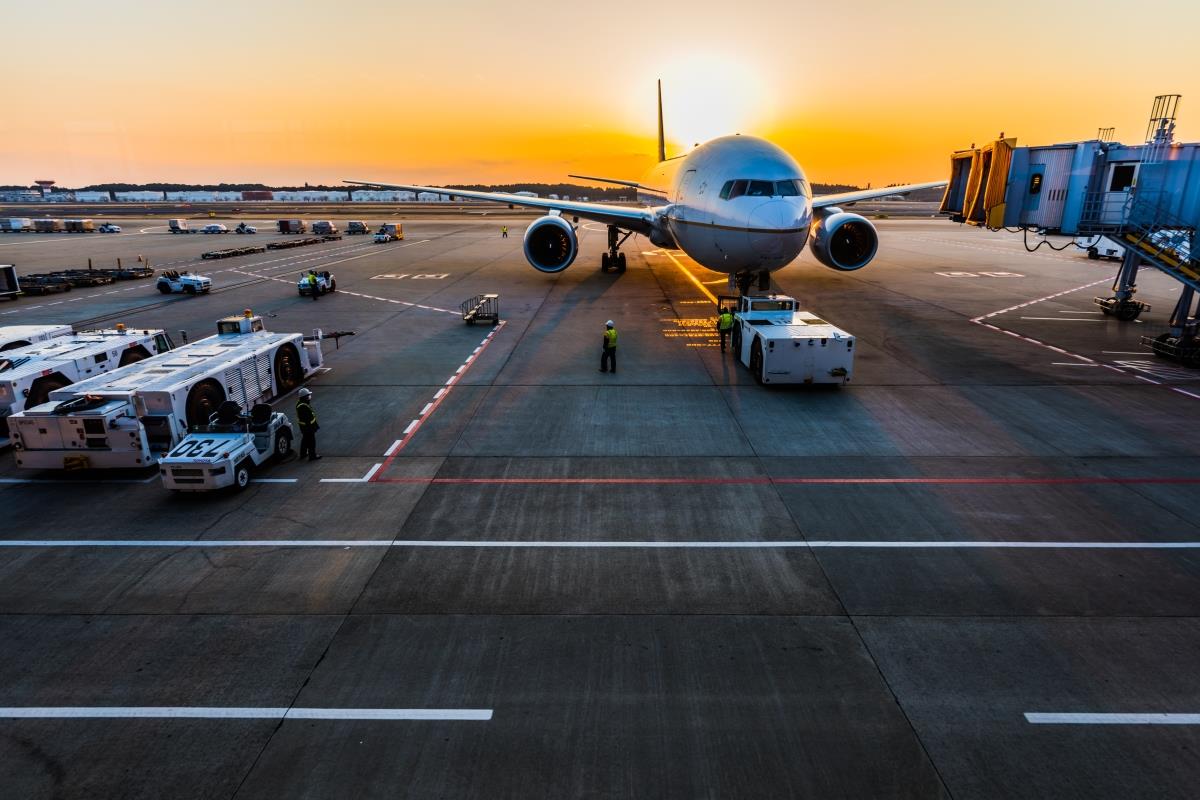 Despite bracing for a slow recovery, the poll showed a sense of optimism among players for the industry’s future, with digitisation expected to drive the return to profitable growth.

The poll found that more than half of respondents or 60% expect a recovery period between 18 months to three years and only 13% said they believe the industry was prepared for a crisis like COVID-19.

“Domestic travel is expected to bounce back quickest from the current crisis, with almost nine in 10 (85%) predicting it will recover quicker than international travel, which is still impacted by factors such as border restrictions and quarantines,” FlightPlan said in a statement.

This finding supports recent guidance by the International Air Transport Association (IATA) that rising flight volumes have been driven by recovery in some domestic markets, most notably China. 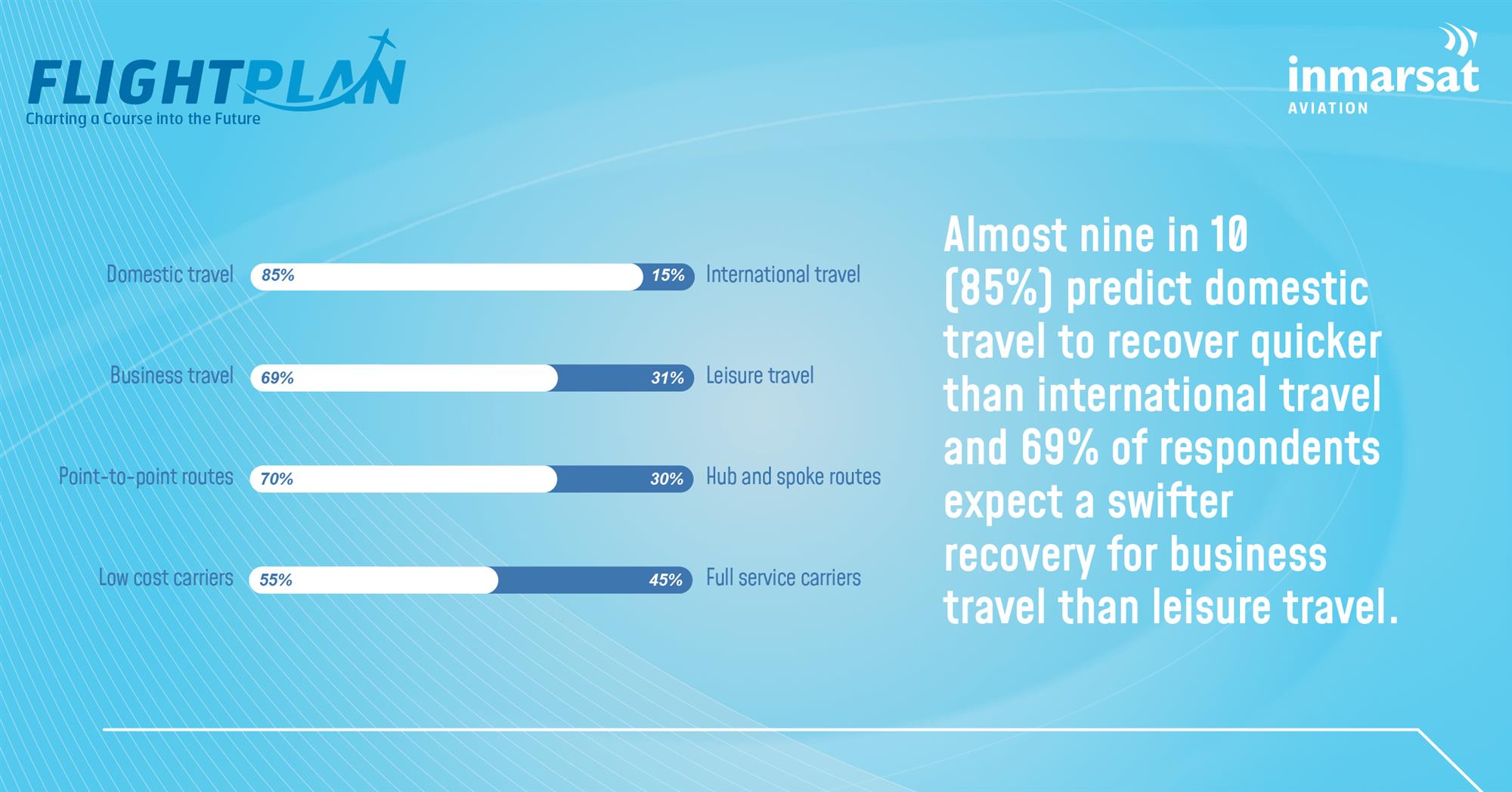 Seven out of 10 respondents expect point-to-point travel will bounce back quicker than hub and spoke routes, with low-cost carriers (LCCs) expected to recover more quickly than full-service carriers (55% vs 45% respectively).

“Interestingly, despite bailouts from many governments, only 7% of respondents believe governments have uniformly done enough to support the industry, suggesting that whilst the crisis is global, the response actions at a national level have been varied,” the release added.

With a global recession potentially threatening investment in green technology, FlightPlan noted that based on the result of its poll, there was little consensus in the poll about the impact of COVID-19 on aviation’s path to sustainability, with 36% believing the crisis will accelerate progress and 47% thinking it will delay progress.

“Even in a period of unrivalled uncertainty and volatility, there is a true sense of optimism about the shape of the industry in this new world. The results show a strong desire to accelerate recovery, an optimistic outlook for investment in passenger experience and sustainability initiatives, and a commitment to rebuild an industry fit for the future,” said Dominic Walters, vice president of Inmarsat Aviation. 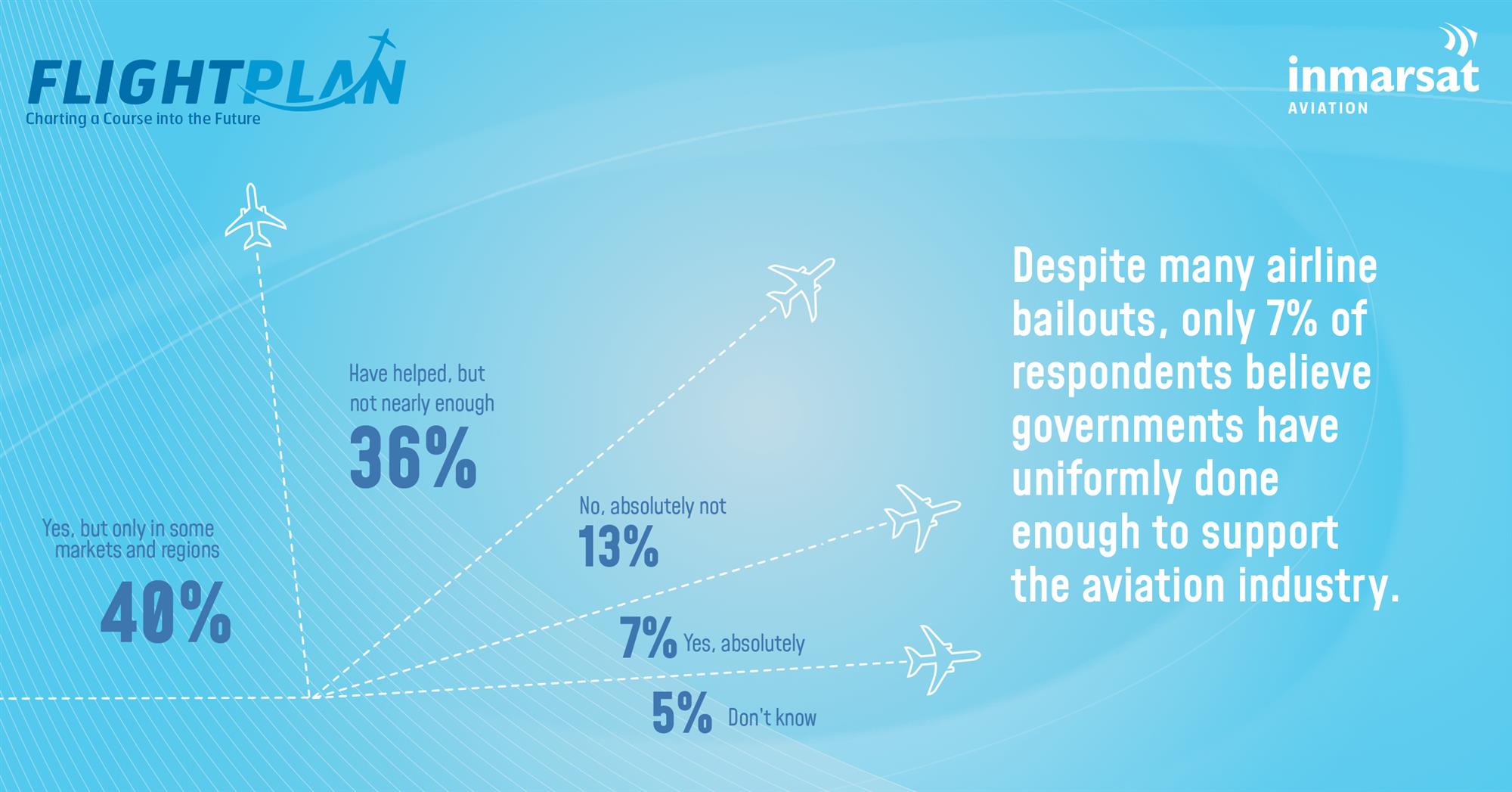 China, APAC to lead the recovery

He added that since late April, the demand for flights continues to recover in the region, giving out the industry “high optimism.”

As a result of deeper cleaning measures expected from airlines, the survey found that 9 in 10 (88%) expect slower turnarounds for aircraft, which could have a significant impact on flight schedules.

Contactless catering was also highlighted by 57% as being important during the recovery period, and almost half (44%) expect to see empty middle seats as a common feature of the passenger journey in the coming months despite contrary guidance given by IATA in May.

“Despite the financial impact that many airlines are facing, almost half of respondents (45%) believe that in terms of passenger experience, the crisis will only cause a short-term reduction in investment, and almost a third (32%) believe there will be an overall increase in investment,” the statement added. 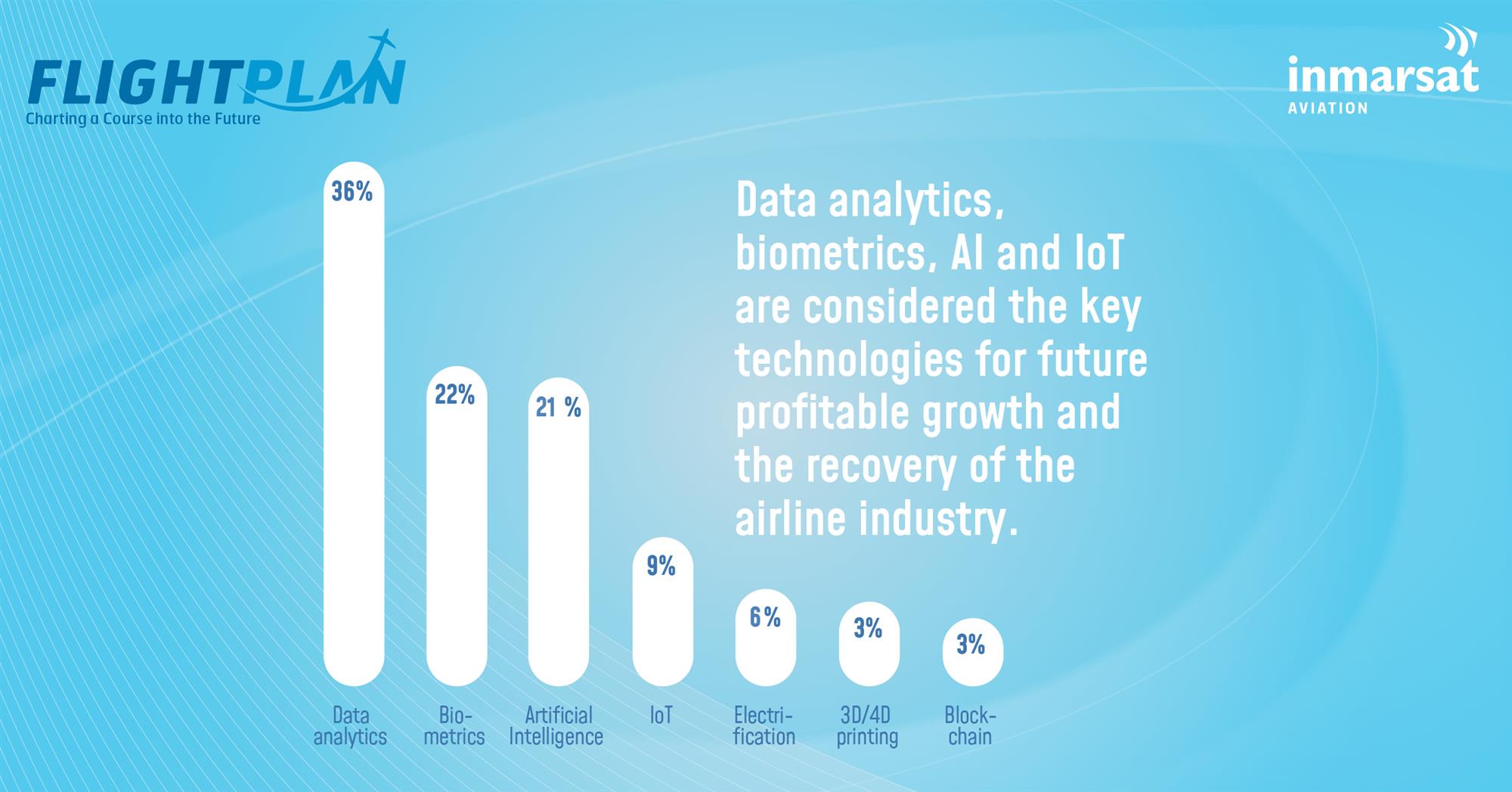 There was also agreement that the adoption of digital and connected technologies will drive recovery, with data analytics, biometrics, artificial intelligence (AI) and the internet of things (IOT) set to have the greatest influence on future profitable growth.

Philip Balaam, president of Inmarsat Aviation, said: “The immediate priority for airlines and the wider aviation industry is clearly surviving the unprecedented impact of COVID-19.”

“Aviation is taking its first steps towards recovery and it is encouraging that many in this industry have been proactive in adapting and planning for the future. These survey results, together with the numerous discussions and debates during FlightPlan, indicate that the COVID-19 crisis may prove a decisive moment for digital transformation in an industry that’s historically been behind the curve, with the vast majority of aviation professionals expecting digital technologies to help drive a stronger return towards profitable growth.”

The poll –  a part of the FlightPlan: Charting a Course into the Future, an online broadcast by Inmarsat and the Airline Passenger Experience Association (APEX) –  was completed by more than 500 professionals from across the global aviation industry between April and June 2020.