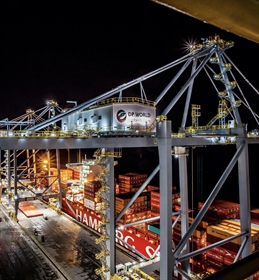 At the start of October, Britain and the EU had not yet agreed upon a new trade deal, suggesting exit without a trade deal – a hard Brexit – was likely. This will disrupt some parts of the supply chain, but not likely Asian traffic, including traffic from DP World’s London Gateway, above.

Despite rising concerns about disruption as Britain looks increasingly likely to crash out of the European Union (EU), trade groups have told Asia Cargo News that Asian shippers have no need to panic.

At the start of October, Britain and the EU had not yet agreed upon a new trade deal, suggesting exit without a trade deal – a hard Brexit – was likely. This will disrupt some parts of the supply chain, but not likely Asian traffic, the groups said.

“Short sea issues with UK/EU trade may arise after January 2021, but we are confident that any local disruption that occurs will not impact international trade on the longer, deep-sea routes from Asia. We believe there will be very little impact on these routes,” a UK Chamber of Shipping spokesperson told Asia Cargo News.

Logistics UK was even more upbeat.

As Veitch and others point out, Asian trade, especially containers, uses different ports such as Felixstowe or goes to other major European ports for onward movement. It has none of the vulnerabilities that just-in-time agricultural products from Spain, France and Ireland into the United Kingdom have.

“That’s where it’s going to come down hardest,” said Veitch.

Nobody, though, foresees a totally smooth transition, and there are a number of issues likely to cause disruption – some of which can actually be pinpointed.

One of the biggest issues is general preparedness. The UK shipping industry has been working closely with the government since 2016 on preparations which have included investment in new IT as well as developing new processes to deal with the extra customs declarations and checks which will come after leaving the EU.

Despite the huge amount of work already done, there is still no clarity about how new systems and processes will work. The industry is concerned to the point where it, unusually, went public with a number of transportation trade bodies appealing to the UK to do something – and quick.

“Up to 10 new IT systems are currently being developed and tested by the government to ensure that trade flows and lorries will not be delayed in ports next year. We need clarity on how these new systems will work for the industry and we need rehearsals to help identify potential teething issues,” said the spokesperson for the UK Chamber of Shipping.

Another worry is where all this will happen, as ports are suffering from a lack of space. Here, though, there is a split in opinion.

In the view of the UK Shipping Chamber, many ports are constrained and can’t create new space to hold lorries or create new inspection posts for the new checks. Logistics UK thinks the problem lies more beyond the gates.

“The risk area is Kent,” said Logistics UK’s Veitch. Kent, in southeast England, is the UK’s hub port for trade with Europe, and home both the Port of Dover and the Channel Tunnel. Both are ro-ro facilities, with Dover moving some 10,000 trucks a day.

This choke point does hold a risk for Asian trade, although it’s small. “Unless Asian goods are being moved overland, they shouldn’t see much difference,” said Veitch.

Such numbers mean even small amounts of delay over paperwork have a huge knock-on effect. Even the usually sedate British government foresees traffic jams of 7,000 trucks in a worst-case scenario.

Added to this is the situation with Northern Ireland. A part of the United Kingdom, it will for purposes of trade with Europe remain part of the European Union, which means the need for checks within the UK across the Irish Sea.

Adding to the confusion, the UK government has said it is considering tearing up the international agreement it signed on this. But for the time being, the Northern Ireland Protocol stands, although it might not – a symbol of the changes Brexit has brought are about policy and process uncertainty.

The Northern Ireland Protocol agreement is, in the words of the UK Shipping Chamber, “unique and highly complex,” and amounts to similar although lesser checks on goods entering Northern Ireland from the UK as would be required on any international route.

This means checks will be conducted on trade in UK ports and Northern Ireland ports, covering both inbound and outbound traffic.

“This represents a major change for traders not used to completing customs formalities, but obviously, ports and shipping services are well used to handling international trade, so in that respect, the checks are nothing new,” said the UK Shipping Chamber.