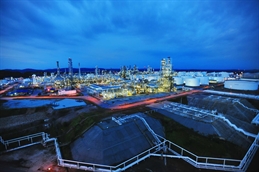 As oil prices continue to fall, container shipping lines are moving bunker adjustment factors (BAFs) to address those declines. For the first time in many years, BAFs applied on fuel costs and consumption figures, have taken a tumble.

This has become particularly noticeable on the Asia/North Europe and Asia/Mediterranean trades, where all lines have slashed prices imposed on customers by up to 50% over the 12-month February 2014/February 2105 period.

Comparing one of the major players on the East/West trades, back in February 2014, the COSCO BAF figure for the westbound Asia/North Europe trade was US$721/teu and US$1,442/feu. Twelve months later, in February 2015, the confirmed and just-released COSCO BAF figure for the Asia/North Europe trade stands at US$397/teu and US$794/feu, equating to a 12-month decline of no 45%.

According to COSCO sources, over any 12-month period since at the least the early part of the 21st century, the line has never experienced such a fall off in oil prices, and consequently, never dropped its BAF chargeable amounts by anywhere near 45%.

But sources, not only at COSCO, but other lines involved in the Asia/Europe trade warn that this is “early days yet” and there are many complications looming that have to be considered in the East/West trade cost war before falling oil prices have any positive effect on shipping lines’ financial status.

As several senior management personnel working in shipping lines commented to Asia Cargo News, while some BAF figures imposed by shipping lines will see a drop of almost 50% year on year in February, this does not necessarily mean a there will be an obvious impact on market-driven rates.

“It will be very interesting to see whether the global fuel price downturn will be accepted by shippers and whether that acceptance will have any impact of freight rates, and whether that impact can be used to their advantage,” a senior manager said.

On the other side of the coin, the big unanswered question as of now, is whether shipping lines will be tempted to drop their rates to match the oil price downturn. The general feeling on that question is that lines will not.

“Until we se any positive move to accept the oil price downturn on a global level, it is unlikely that we, and other shipping lines, will be tempted to adjust our rates to suit global conditions such as oil price fluctuations,” confirmed one senior shipping line management figure.

But as Chinese New Year approaches on February 19, and the obvious drop in demand during that period becomes more apparent, the feelings on the East/West trades, still remains one of caution.

“As far as demand is concerned, we have seen it all before, but this time and from a shipping line aspect, we have the added leeway of falling oil prices which certainly could work in our favour,” another shipping line executive said.