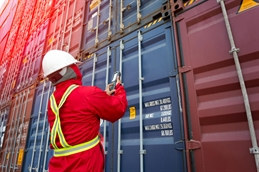 A decision by the Singapore Court of Appeal concerning transhipment of infringing goods has brought about practical implications in trade.

In Singapore, border enforcement provisions were first introduced into the Trade Marks Act in 1999. However, it was not until almost 20 years had passed that the courts had the opportunity to consider and interpret any provisions therein in detail. This major development in trademark law came about in a case that concerned transhipment of infringing goods – the Court of Appeal decision in Burberry v. Megastar Shipping and another appeal [2019] SGCA 1, released at the beginning of this year. The landmark decision brought about many practical implications in trade for two main interest groups: trademark proprietors and the freight forwarding and shipping communities.

The respondent was a local freight forwarding company which provided transhipment services. Its role, in the present case, was to receive cargo from China, through Singapore, and forward it onward to Indonesia. Upon inspection, the cargo was found to contain a number of counterfeits, and was seized by Singapore Customs. The appellants, amongst others, subsequently commenced infringement proceedings at the High Court against the respondent for importing and/or exporting counterfeits under Section 27(1) read with Section 27(4)(c) of the Trade Marks Act.

At first instance, the High Court dismissed the claims, on the basis that while the counterfeit goods were “imported,” the respondent was not the importer. It further held that the goods, not having left Singapore, could not be said to have been “exported,” as a mere intention to export was insufficient. The appellants then appealed the decision; the Court of Appeal upheld the High Court’s decision, and found in favour of the respondent, the local freight forwarding company.

“The appeal centred on two questions: 1) the meaning of ‘import’ and ‘export’ under the Trade Marks Act, and 2) the persons liable for such use. The Court of Appeal interpreted ‘import’ to mean ‘to bring or cause to be brought into Singapore,’ and correspondingly, ‘export’ to mean ‘to take or cause to be taken out of Singapore,’ and affirmed that the acts of ‘import’ and ‘export,’ by definition, would apply to goods brought into Singapore only for the purpose of transit,” says Yvonne Tang, a director at Drew & Napier in Singapore. “The Court of Appeal went on to clarify that to constitute ‘export,’ a state of mind must be accompanied by actions which are clearly directed at fulfilling the said intention to export, or where there is clear evidence that export would definitely take place.”

In determining the persons liable for such use, the Court of Appeal held that infringement was not one of strict liability through and through. Rather, it must be established that the alleged infringer had intended to import or export goods under the signs, and that he knew or had reason to believe that there was a sign present on the things in issue, Tang says. “If this is established, it would not matter whether the alleged infringer knew that the sign or its use was infringing.”

On the facts, since there was no evidence that the respondent knew or had reason to believe that there were signs present on the goods in issue, the Court of Appeal concluded that the respondent was not the party liable for trademark infringement under Section 27 of the Trade Marks Act.

“In arriving at its decision, the Court of Appeal had to wrestle between two conflicting interests: the interests of trademark proprietors – to ensure their continued ability to effectively enforce their IP, and the interests of the freight forwarding and shipping community – to ensure that onerous liability provisions, that may impede a smooth and efficient shipping process in Singapore, are not imposed on honest commercial persons,” Tang says. “The Court of Appeal sought to achieve a balance between these interests by introducing a mental element, and dispelled what was believed to be a well-entrenched position that infringement was a strict liability tort.”

Following the decision, it may be observed that trademark proprietors will face hard choices if placed in a situation where infringing goods are discovered to be transhipped through Singapore. “On one hand, the proprietor is obliged, under the provisions of the Trade Marks Act, to commence infringement proceedings, and to do so within a very short period of time, to avoid the undesired outcome of having the seized goods released,” Tang says. “On the other hand, if proceedings are commenced, the proprietor will have to weigh carefully its options between taking action against (a) a freight forwarding company; or (b) the ultimate importer or exporter. For (a), the difficulty would be in proving that the freight forwarding company knew or had reason to believe that there was a sign present on the things in issue. For (b), the challenge would be in bringing the relevant parties to court, given that their identities are not always easy to ascertain, and additionally, they are unlikely to be based in Singapore. In both scenarios, it would appear that trademark proprietors are heavily impeded to seek recourse.”

Trademark proprietors who find the present situation unsatisfactory will be hoping for the above issues to be addressed, or clarified, through further legislative amendments, or subsequent case law, she adds. “It is particularly important that a good solution is achieved, that will allow Singapore to maintain its reputation as not only an efficient and the busiest shipping port in the world, but also as a key and respected IP jurisdiction.”