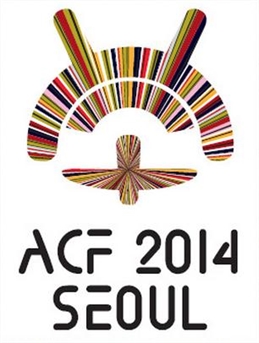 One of the key themes at the International Air Cargo Forum and Exhibition, held by The International Air Cargo Association in Seoul last month, was collaboration and partnership with the various players across the industry, including regulatory bodies.
“TIACA believes the air cargo industry must work closely with regulators to deliver safe, reliable and efficient trade,” said Oliver Evans, chairman of the association, in his welcome address. “Collaboration is the key to our success.”
Evans agreed with Kunio Mikuriya, secretary general of the World Customs Organization, and Raymond Benjamin, secretary general of the International Civil Aviation Authority, that the three organizations would work more closely together.
“Air trade is an essential enabler of global connectivity, but we need to forge practical partnerships and solutions,” said Benjamin.
Mikuriya said that it is important to obtain information at the pre-loading stage because it helps decide what kind of approach should be taken with high-risk cargo.
“That is why we have started working closely with the industry and ICAO, and we are trying to find synergies to avoid duplication between supply chain partners,” he said.
Evans also went through some of the work which TIACA has been doing in the industry.
Firstly, the association has been developing and studying the feasibility of advance data regimes that will enable the United States, the European Union and Canada to perform risk assessments on shipments before their departure.
Countries that do not have their own data programmes would also be covered, said Evans, because the advance data regimes will apply to all international shipments to the three regions above.
Secondly, Evans said that TIACA had set up a best practices scheme in order to promote awareness and adoption of some of the industry’s innovative approaches to dealing with environmental issues.
TIACA is also preparing an industry scorecard which will present, in a single document, the benefits and challenges of e-commerce activities for different sectors of the air cargo industry.
Another important highlight of the forum was Boeing’s World Cargo Forecast, which the aircraft manufacturer releases once every two years.
According to the forecast, annual air cargo traffic will grow at a rate of 4.7% over the next 20 years, and will more than double by 2033.
Despite the weak growth in the past few years, which Boeing attributed to the poor world economy and slow growth in trade, global air freight picked up again in the second quarter of 2013, and even grew at a rate of 4.4 percent in the first seven months of 2014.
According to Boeing, 2014 will become the year with the fastest growth in air freight since 2010, if that rate is maintained.
Randy Tinseth, vice president of marketing at Boeing Commercial Airplanes was optimistic about the state of the cargo industry.
“We see strong signs of a recovery as air freight traffic levels continue to strengthen after several years of stagnation,” he said. “The air cargo market is now growing at nearly the long-term rates.”
Boeing predicts that, between 2014 and 2033, there will be deliveries of 840 brand new freighter aircraft worth US$240 billion. At least 70% of those are expected to be large freighters like the B747-8 and the B777, capable of carrying more than 80 tonnes of cargo. At the same time, 1,300 planes will undergo passenger-to-freighter conversion programmes.
The forecast also shows that the cargo markets that will have the fastest growth leading up to 2033 are intra-Asia, domestic China and Asia-North America, but markets with the highest traffic volumes will continue to be between Asia and North America, and between Europe and Asia.