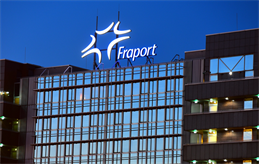 Frankfurt Airport (FRA) reported a slip in cargo performance for the first quarter of the year owing to the ongoing war between Russia and Ukraine along with the impact of the series of Covid-19 lockdowns in China.

Europe's largest cargo airport said nonetheless that its revenue for the period was up — buoyed by increased passenger volumes during the period.

FRA also signaled optimism that despite the present challenges, the recovery of travel demand would help the airport end 2022 in the positive territory with passenger volumes expected to reach 65% of the pre-Covid 19 levels.

"During the first three months of 2022, Fraport AG's business performance continued to be affected by the coronavirus pandemic, as well as the initial impact on aviation from Russia’s invasion of Ukraine. Nevertheless, the rebound in passenger demand in the reporting period boosted Group revenue by 40.2% year-on-year in the first quarter of 2022," FRA said in a statement.

The Group's operating result or EBITDA (earnings before interest, taxes, depreciation, and amortization) grew even stronger by 75.9% to €70.7 million.

FRA noted that although the spread of the coronavirus' omicron variant still dampened passenger demand at many Group airports at the beginning of the year, the further lifting of travel restrictions largely supported ongoing passenger recovery across the Group during the first quarter of 2022.

It said that Frankfurt Airport served a total of 7.3 million passengers in the first three months of the year – an increase of more than 100% compared to the same period in 2021.

Fraport's Group revenue climbed by 40.2% year-on-year to €539.6 million in the first quarter of 2022 and buoyed by the rebound in passenger traffic, Fraport's operating result (Group EBITDA) soared by 75.9% year-on-year to €70.7 million.

"With passenger figures rising at our airports across the Group, the operating result improved significantly in the first quarter of 2022. For our home-base Frankfurt Airport, we remain optimistic because of the positive booking figures for the coming summer travel season. For the entire year, we expect to see between about 55% and 65% of pre-pandemic passenger volumes in Frankfurt," Schulte said.

"At the same time, the war in Ukraine is impacting our business as well – a war that we condemn in the strongest terms, as an unjustified attack on a sovereign state. One of the effects of this war is increasing prices, and we also are feeling the rise of inflation. Despite this, however, we continue to expect Fraport's full-year business performance to be clearly positive. Therefore, we are maintaining our previously announced outlook," the Fraport chief added.

After the conclusion of the first quarter, Fraport said its executive board is maintaining its outlook for the current 2022 business year.

In Frankfurt, Fraport expects to achieve a passenger volume of between about 39 million and 46 million for the full year 2022 at Germany's largest aviation hub before the pandemic.

Group revenue is projected to reach €3 billion in the fiscal year 2022. Meanwhile, Group EBITDA is forecast to range between about €760 million and €880 million.

FRA's net profit is also expected to be "clearly in positive territory," ranging between about €50 million and €150 million, Fraport said.