"This means that the 2022 score has been slightly below the 2021 level in each of the first five months," Sea-Intel said. 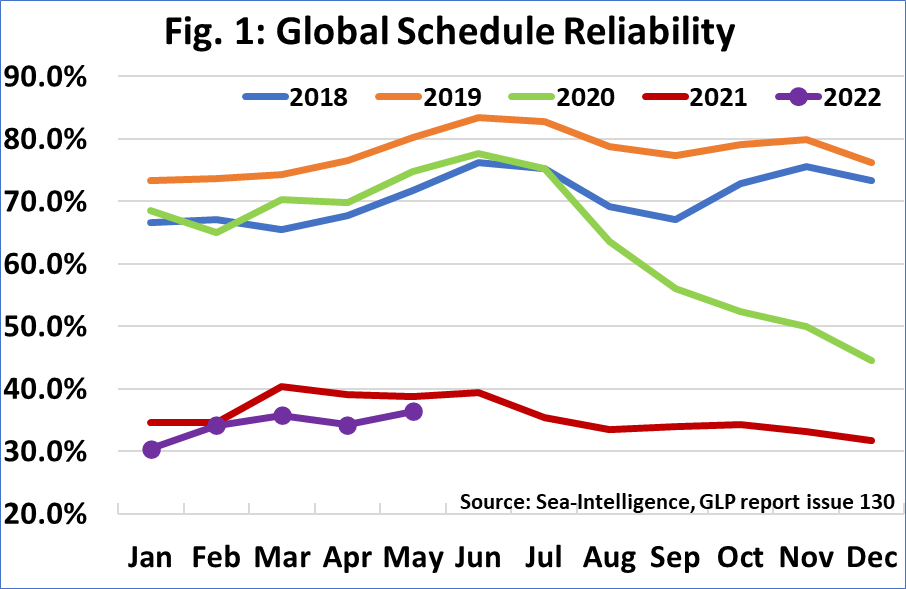 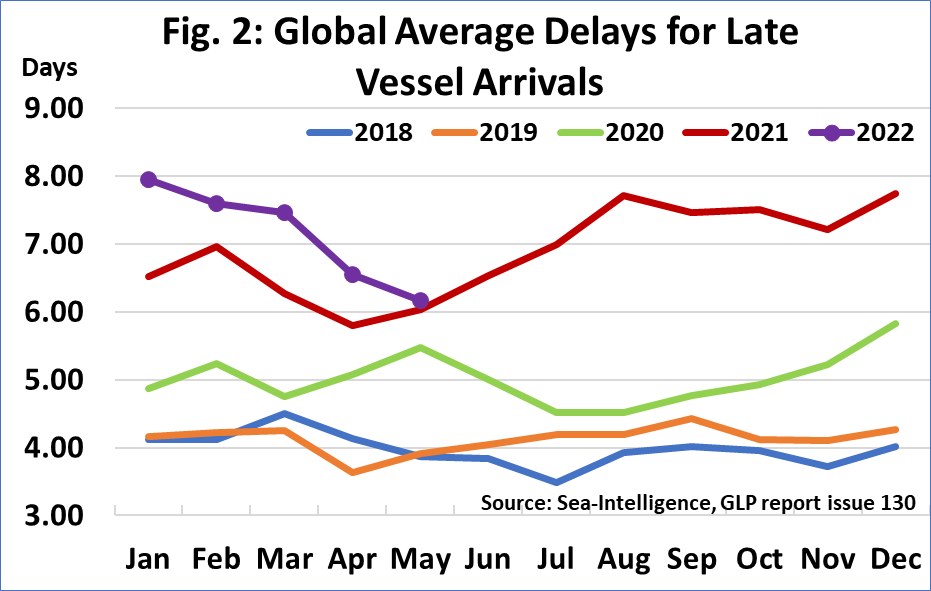 Meanwhile, the average delay for late vessel arrivals decreased once again, this time by –0.37 days to 6.17 days in May 2022.

Sea-Intel noted that the delay figure is now firmly below the 7-day mark, but it still continues to be the highest across each month when compared historically, albeit with the margin decreasing sharply.

Maersk most reliable in May

"With schedule reliability of 50.3%, Maersk was the most reliable carrier in May 2022, followed by Hamburg Süd with 43.7%," Flexport said. 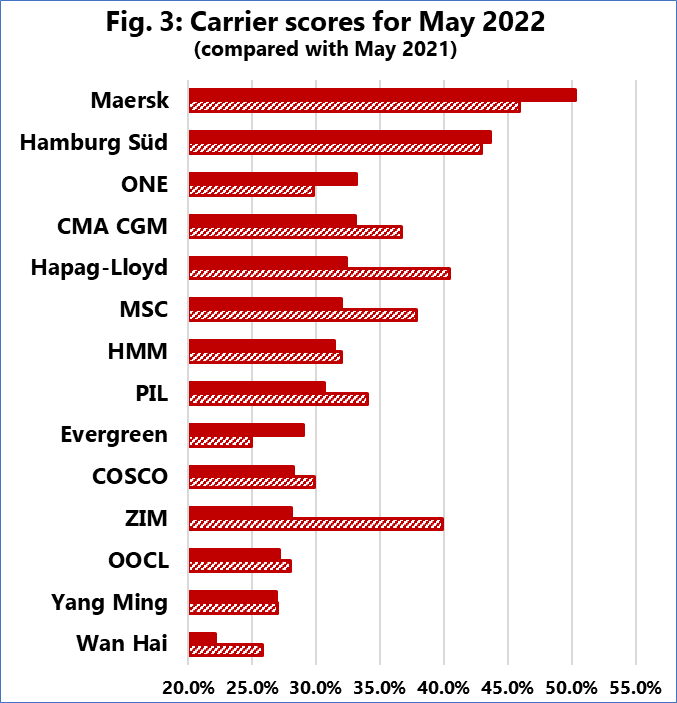