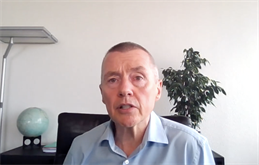 The chief of the International Air Transport Association (IATA) has raised concerns about Hong Kong amid persisting Covid-related restrictions at the major aviation hub.

Willie Walsh, IATA's director-general, told a recent press briefing that he doesn't see many airlines return operations in Hong Kong as the uncertainty in the city continues.

"Hong Kong was always an important market — a critical hub in the region — I think a lot of that activity has now gone to other hubs where restrictions don't apply," Walsh said.

"I think it will take some time for Hong Kong to recover," the IATA chief added.

In the briefing where IATA discussed the July performance of the aviation industry, Walsh pointed out that in general, Asia Pacific is "lagging significantly behind" in the recovery seen in other regions as some restrictions in this part of the world continue.

Walsh said the July passenger traffic showed that traffic within the Asia Pacific region was at about 35% of the level seen in 2019. And looking at some of the major traffic lanes from Asia, within Asia, it's at about 25% of where it was in 2019. Europe to Asia is about 38% and the Middle East to Asia lane picking up now at about 68%.

"But it's the area of the world that's lagging most behind. We're seeing good steady progress in other regions," Walsh said.

The IATA chief noted that the pace of recovery in Hong Kong will also depend on how fast Cathay Pacific — the city's flag carrier — will be able to rebuild its network after the disruptions brought by the Covid-19 pandemic.

"A strong hub airport needs a strong hub carrier so it'll be very dependent on the rate at which Cathay Pacific, in particular, rebuilds its network. But, it is disappointing to see the restrictions continue to restrict the capacity into Hong Kong," Walsh said.

He then pointed out that foreign carriers will continue to watch developments in Hong Kong but will remain on the sidelines as uncertainties in the city remain.

"[Regarding planning cycles], airlines are able to adjust much more quickly today than they used to be able to, but I suspect a lot of airlines will be keeping an eye on Hong Kong but will be reluctant to commit anything to the market until they see clear evidence that the restrictions are being removed, and more importantly, that the restrictions are being removed and will not be reintroduced," he said.

"Because that's what really is damaging to airlines and to demand in the market — where there's uncertainty around whether the restrictions will be reintroduced," Walsh added.

The IATA director-general said meeting capacity in an environment that's still constrained will be a difficult decision for many airlines.

"So I think there's some time to go yet for Hong Kong," he added.

Earlier this week, Hong Kong signalled it wants to relax Covid-19 restrictions like the mandatory hotel quarantine that has hampered travel for almost three years, according to Hong Kong Chief Executive John Lee.

A South China Morning Post report said hotel quarantine will be replaced with seven days of home health monitoring instead — although details are yet to be finalized and announced.

"We know for the epidemic control, there's impact on connectivity to the world," Lee told reporters in a briefing, noting the need for Hong Kong to retain its competitiveness.

"We want to have the maximum connectivity to the world and to reduce inconvenience related to quarantine rules. We are working towards that direction in an orderly manner," Lee added.

The number of Covid-19 cases in the major air cargo and financial hub has fallen to about 6,000 daily after recording over 10,000 daily cases earlier in September.

Some reports said changes could be announced this week.