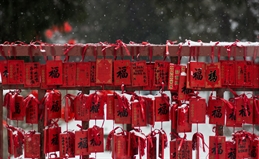 Transpacific Eastbound (TPEB) rates have begun to level with the approach of the Lunar New Year (LNY), according to the latest report by Flexport.

Flexport said weeks 4 & 5 would see the bulk of the LNY blank sailings, with possible capacity tightening expected around this time.

During the period, it added that rates remained soft on most origin-destination combinations, and the low TPEB demand further plays a key role in clearing West Coast port and rail congestion.

For Asia-Europe (FEWB), Flexport said space is full, and there is a "considerable amount of rolling in the lead-up to the LNY."

"Rates remain more or less stable compared to December but are expected to be under pressure again after the Lunar New Year period," it added, noting that rates extended into January and with some reductions for February.

In terms of air freight, Flexport said for North China — which includes Shanghai — demand is picking up before the holiday, leading to some rate level increases this week.

The freight forwarder added that market rates will decrease quite a bit during the LNY holiday period, starting from January 21 and lasting until the end of the month.

For South China — Shenzhen, Guangzhou, Dongguan, and Hong Kong — Flexport said demand and rates have decreased, and some factories have already begun taking off for LNY.

"With the lifting of all Covid measures in mainland China, cross-border traffic is expected to gradually resume," it added.

For Korea, the freight forwarder said TPEB market demand is picking up before the long holiday while the Far East Westbound (FEWB) market is still trending downwards.

Meanwhile, for Southeast Asia, demand overall remains low, with capacity widely available, with the exception of Hanoi, which is experiencing a pre-holiday rush and will require as much advance notice as possible.