Transpacific ocean rates to the West Coast have been stable for about six straight weeks, according to the latest analysis of Freightos.

The online freight shipping marketplace & platform noted that this rate fell below 2019 levels in the last couple of weeks with the absence of the typical mini-demand surge ahead of the Lunar New Year.

"Reports of significant blanked sailings alongside some uptick in demand from Asia to the Mediterranean may help explain more resilient rates on this lane," said Judah Levine, head of research, Freightos Group.
"Through last week, prices have remained at about the US$4,000/FEU level since early December – more than double the pre-pandemic norm – though daily rates for this week indicate that prices may be starting to ease here as well," Levine added.

The Freightos report said falling demand and easing congestion are resulting not only in a shift of capacity – borrowed from regional and more minor trade lanes as demand surged ex-Asia – back to intra-regional routes but in falling transit times too. 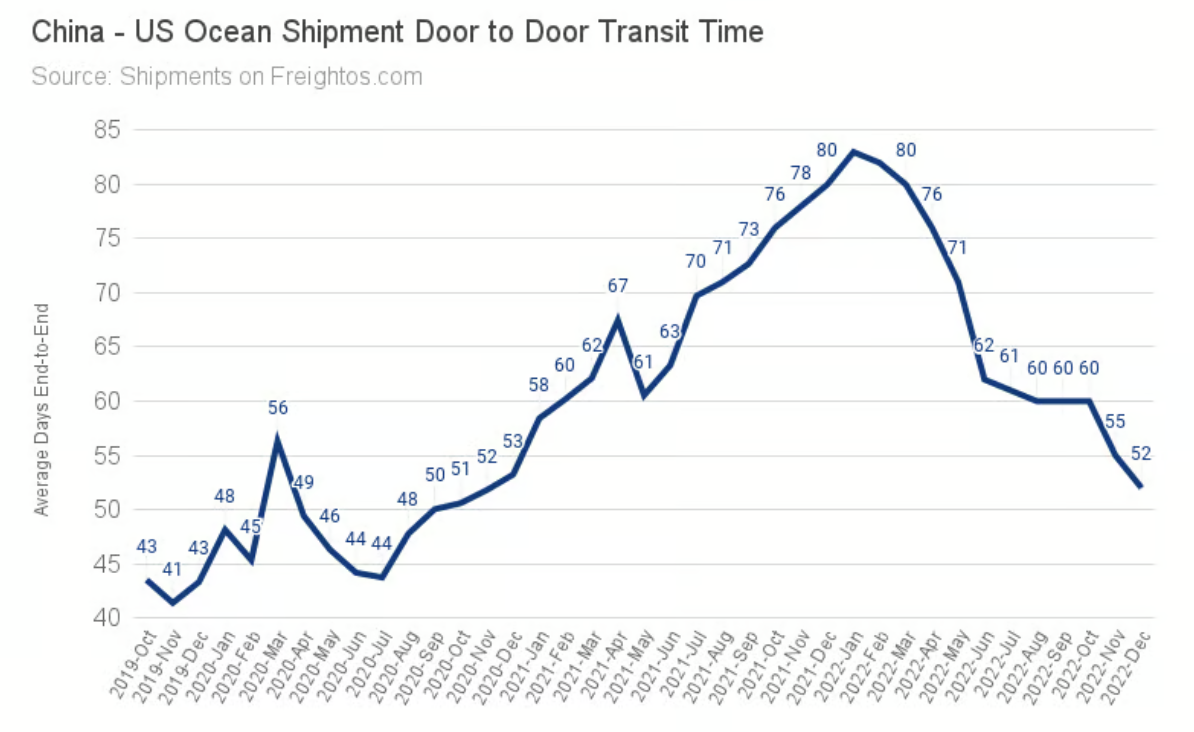 Freightos noted that its marketplace transit time data for China-US ocean shipments show that average shipment duration declined 5% in December from November, and 35% from a year ago, though some lingering East Coast and Gulf congestion is keeping transit times 20% higher than in 2019.
It added that Freightos Air Index rates ex-China to North America and Europe have been mostly stable in the last few weeks.
Levine noted, though, that at US$5.91/kg and US$4.92/kg, respectively, prices are more than 30% lower than a year ago when demand was surging, including from some ocean-to-air conversions as ocean delays spiked.
"Despite these price declines, fuel and labour costs are keeping air cargo rates more than double 2019 levels," the head of research at Freightos Group added.